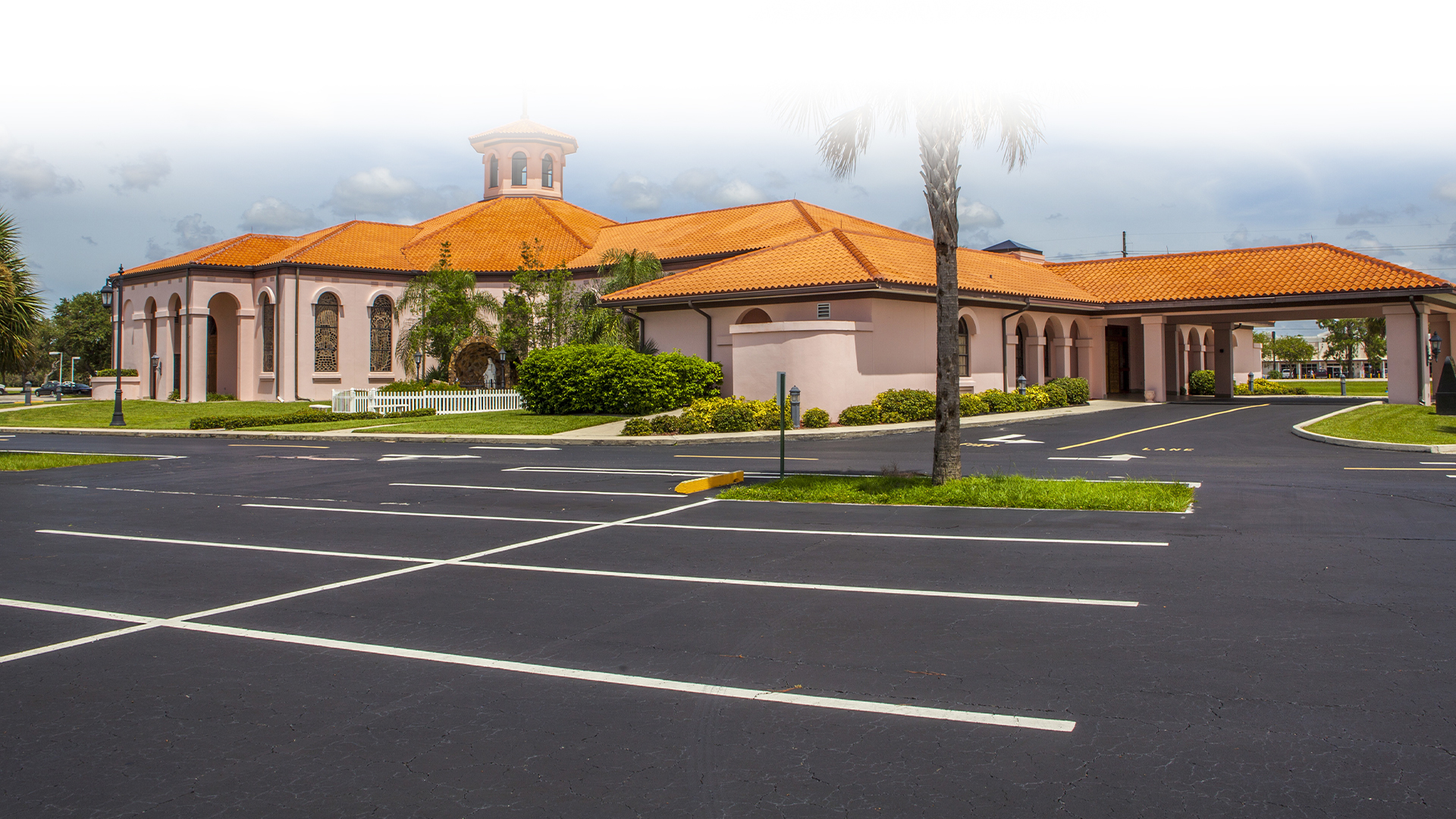 The story of the beginning of San Pedro Parish goes back a long way. In 1957 the area was range country with few inhabitants other than cattle and wildlife. Catholic's could almost be counted on your fingers and toes, the present parish property was purchased by Archbishop Joseph P. Hurley, Bishop of St. Augustine, who wisely anticipated the growth and development of South Sarasota County in the coming quarter of a century.

By 1963 the number of Catholics residing in the Warm Mineral Springs-North Port Charlotte area had grown sufficiently to justify the establishments of a mission from Epiphany Parish in Venice. The Mission was popularly referred to as Warm Mineral Springs-North Port Charlotte Mission. However, it was December 1965, during the occasion of Vatican Council II, Archbishop Hurley assigned the name San Pedro to the Mission.

Originally, Holy Mass was offered in a former restaurant building in Warm Mineral Springs owned by Mr. and Mrs. James Davenport who generously donated the use of the property. It took hours of hard labor on the part of some 25 to 30 or more volunteers to clean up the place properly and to secure the necessary equipment. Chairs, pews, vestments, and other liturgical equipment needed for the celebration of Mass were scrounged from Epiphany Parish in Venice and from Camp Good Counsel, a Summer Camp for boys directed by Monsignor George Cummings, in Inverness, FL. An Altar and platform were constructed, a sanctuary improvised, and on January 19, 1964, 100+ people participated in the first Mass in the new Mission.

The growth of the community, especially in North Port (originally designated North Port Charlotte) was rapid and the Catholic population more than kept pace to the extent that the need for a more    permanent church became an imperative demand. The campaign for funds was an instant success and ground for the church on Tamiami Trail in North Port was broken on April 16, 1966.

On January 1, 1967, San Pedro church was formally dedicated. The building consisted of a steel skeleton, concrete block walls, and aluminum roof and large overhanging porches. It was divided-one half for the Church and the other half for a Parish Hall with kitchen and toilet facilities. The Church section seated approximately 400 and the parish hall 250. In 1968 the building was air-conditioned.

Under the guidance of Monsignor Cummings, the Mission continued to grow and on June 14, 1970, Bishop Charles B. McLaughlin, Bishop of the Diocese in St. Petersburg, raised the Mission to full Parish status and sent Father Joseph P. Duggan to serve as resident Pastor. 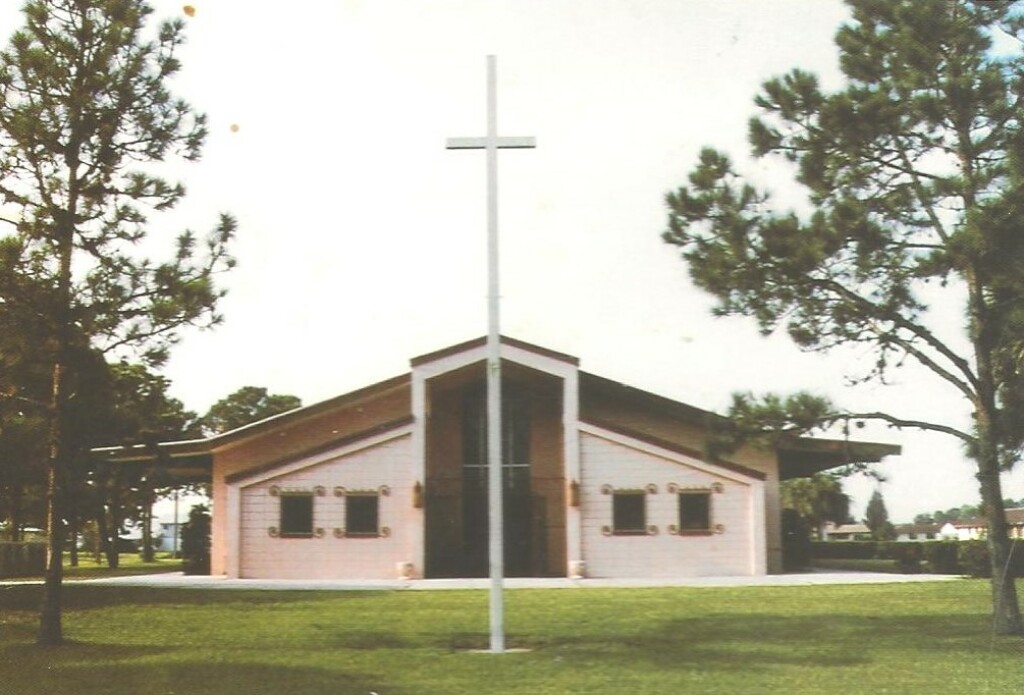